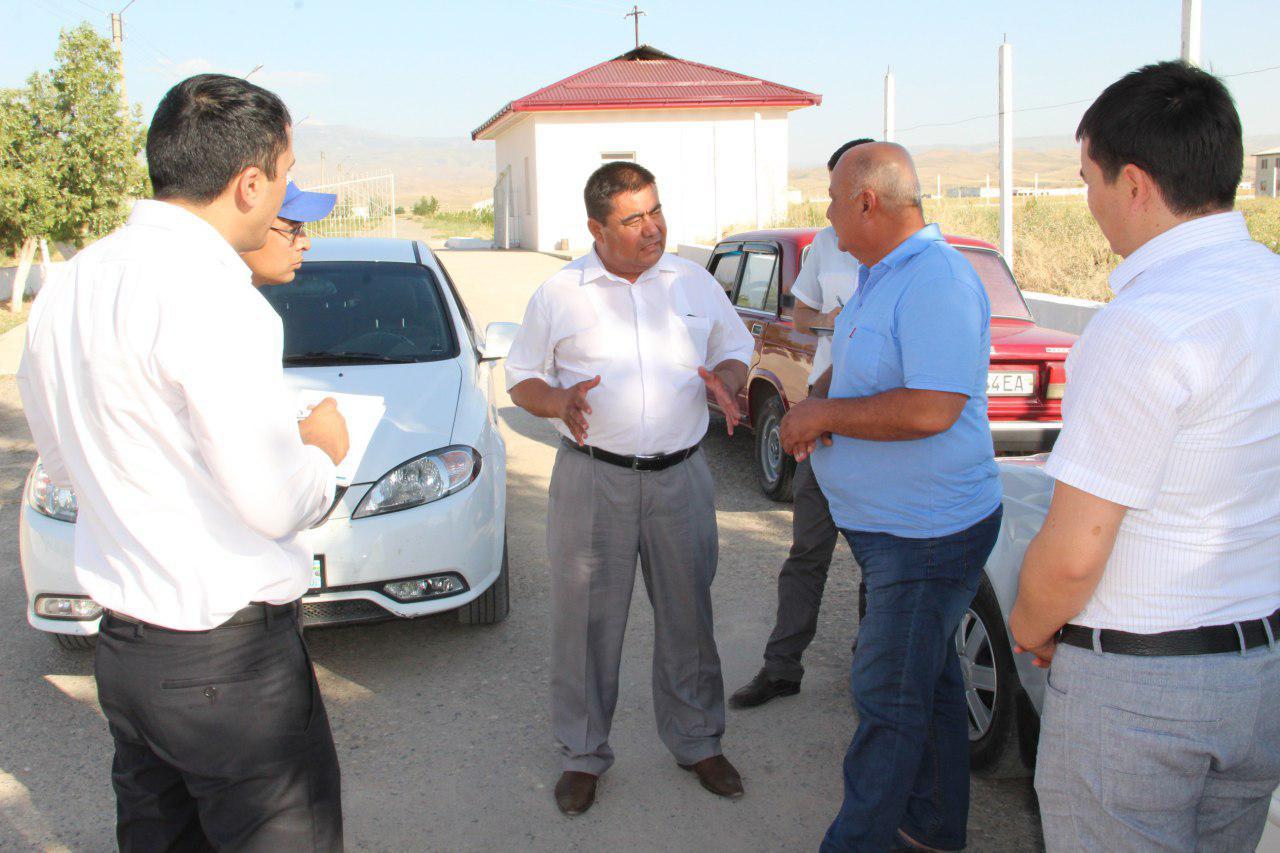 As previously reported, a working group composed of employees of the Movement of Entrepreneurs and Businesspeople – the Liberal Democratic Party of Uzbekistan, deputies, activists of the party hold meetings with the population, to study people's problems, to get familiar with activities of entrepreneurs and farmers who are the electorate of the party.

The working group got acquainted with construction of the hotel being built by private enterprise “Binokor” within the framework of development of tourism in the district. During the conversation, the entrepreneur noted that the 24-bed hotel, occupying 2 hectares, will be commissioned in September this year.

Qualitative products of LLC «Ideal polimer plast», where 20 people work, are delivered to all territories of Uzbekistan.

«In our society, components are produced for various baths», said the businessman Norkobilov Makhmatkobil. «To expand our activities, we are planning to buy equipment for production of modern hot tubs in China. We are planning to spend our own funds and bank loans in the amount of 500 million soums. We have been working for 3 years, but on a rental basis».

With the help of the party, the working group promised to assist in providing us with an unused building in our territory.

The Director of the Professional Progress Centre Alisher Aliboyev has a goal to build an innovation center for young people, mainly for applicants. Construction of a 3-storey building has begun on an area of 30 acres. The building was built at the expense of the entrepreneur, but a loan is needed to complete the work and equip the building.

«Five years ago we organized a training center», said Aliboyev Alisher, the head of the training center. «At first, the district's young people were trained in various subjects. Then young people from other districts and regions began to study at our center. With increasing demand, we decided to build a building with a hostel, a computer room, a football and volleyball mini-stadiums, a fitness room. The scale of construction has expanded, there are not enough funds, at our own expense we built the building, but an additional 1 billion soums is required for the decoration and equipment of the training center».

Due to the fact that the entrepreneur does not have the skills to obtain a loan, the working group organized a meeting with employees of the district bank to consider the issue of loan allocation.

The working group got acquainted with activities of “Azza Parranda” LLC and “Iqbolkhonim Parrandasi” of Kamashi district. Problems of entrepreneurs were studied in detail. They will be solved by the party’s deputy group.

The working group consisting of representatives of UzLiDeP and employees of relevant organizations within the framework of programs “Obod qishloq” (Prosperous village), “Every family entrepreneur”, “Youth is our future” and five important initiatives forwarded by the President visited 1,174 houses in the districts (cities) of Kashkadarya region. Problems of citizens are deeply studied. In the course of the study, 551 problems were identified concerning the development of household land, obtaining loans, utilities. The working group carries out practical work to solve problems.