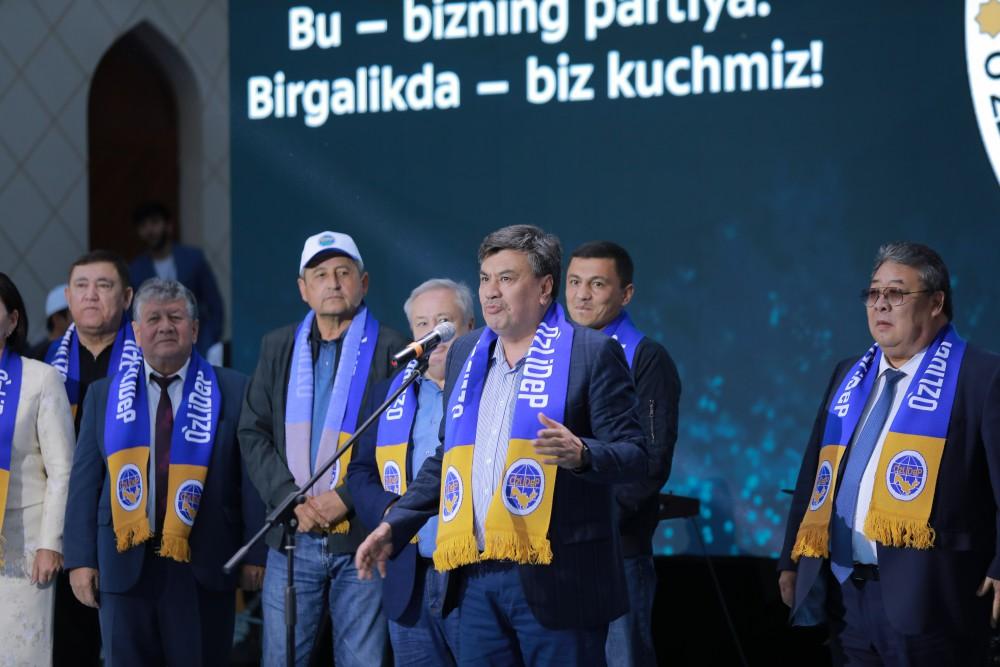 Tashkent regional Kengash of the Movement of Entrepreneurs and Businesspeople – the Liberal Democratic Party of Uzbekistan hosted a large-scale outreach event under the motto «Together we will build a new Uzbekistan!», in the city of Akhangaran.

This campaign, held in a magnificent amphitheater, and which was attended by more than 3,000 people not only from Akhangaran, but also from other areas and cities of the region, was held in a completely new format. 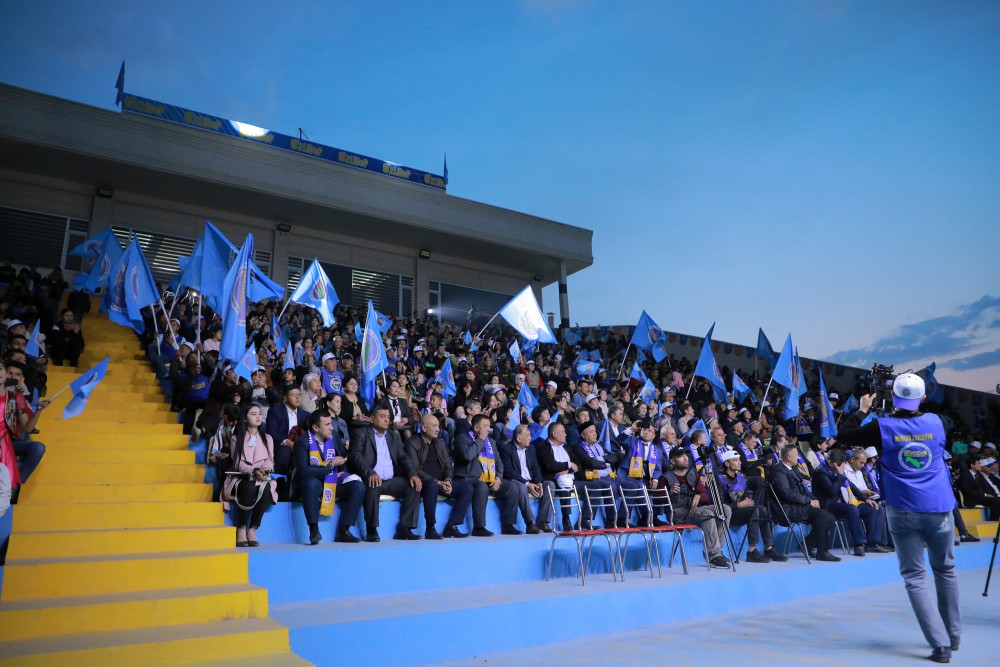 UzLiDeP leaders emphasized that the upcoming elections will become a turning point in the life of Uzbekistan and Uzbekistan people. They presented information about the Election Code — a new document that ensures the conduction of elections in a new atmosphere. It was emphasized that this important document will contribute to ensuring the conduction of elections on the basis of the principles of legality, transparency and openness.

Today, the party enters the political arena under the slogan «Both the state and the reforms, first of all, must serve people».

The main goals of UzLiDeP are to protect the rights and freedoms of entrepreneurs, farmers, artisans, in a word, all businesspeople, expanding the ranks of those who work in these areas, seeks to ensure economic freedom and peace of their families, and, ultimately, comprehensive welfare and happiness of people.

In this regard, the responsibility of the party leading in the political arena of Uzbekistan is great. UzLiDeP uses every opportunity to hear and jointly solve the problems of people. 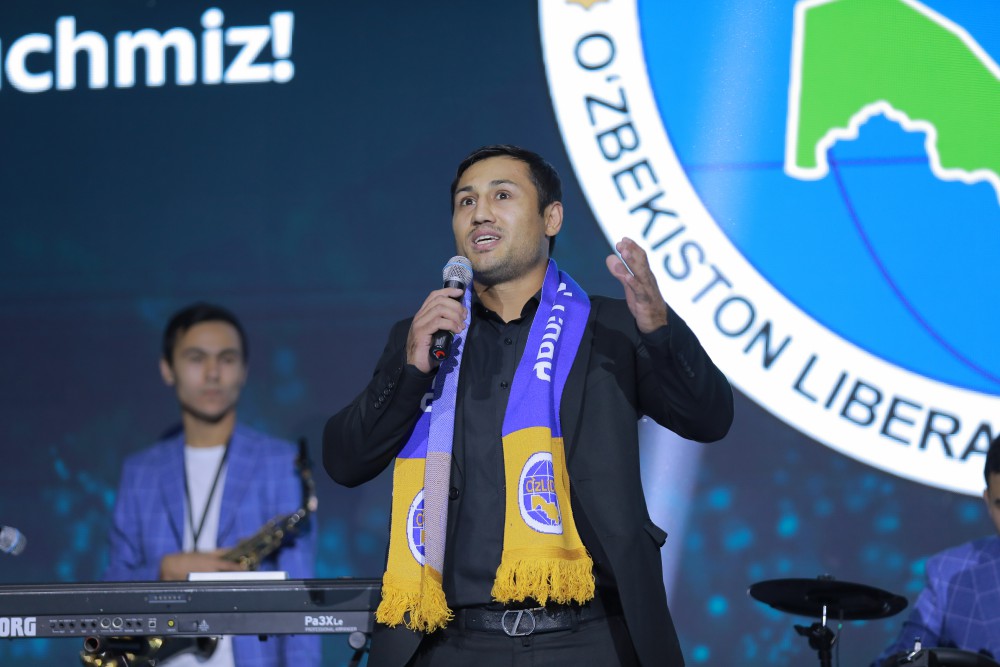 Based on an analysis of the past time and the requirements of the current, rapidly changing pace, the party plans to introduce amendments in its Program and Platform. To this end, attention was paid to compiling the Program, not sitting in the offices, but during a direct dialogue of party activists with the population.

Speakers during the campaign provided the audience with information and explanations about the goals and ideas of the party. UzLiDeP forwards the idea of developing and adopting codes on Investments and Entrepreneurship available to entrepreneurs and investors, aimed at ensuring reliable protection of rights and guarantees for private property, eliminating barriers and restrictions on  development of entrepreneurship. 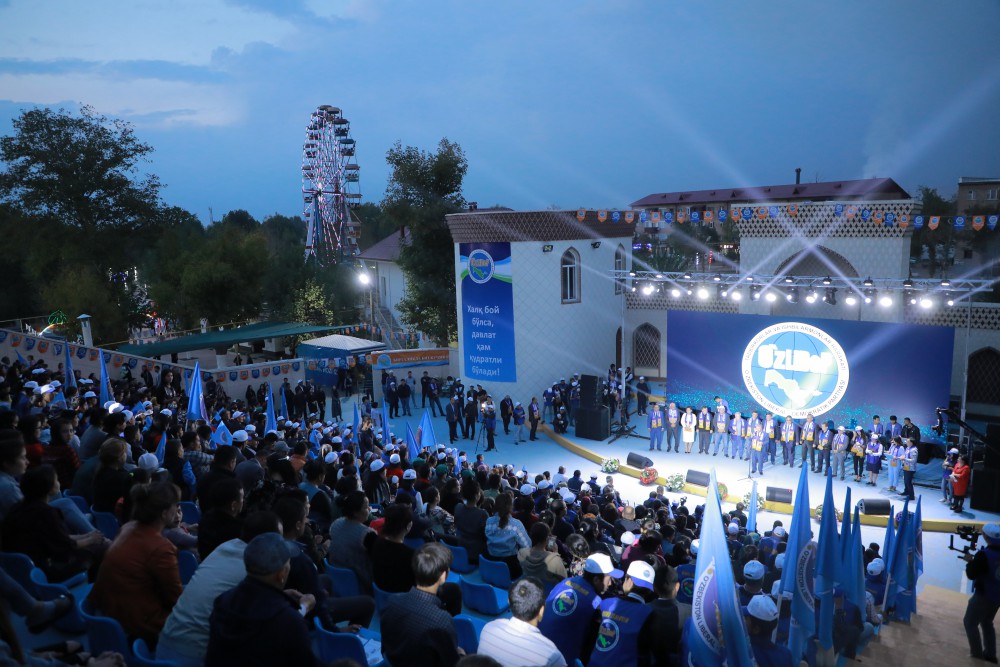 Participation in the campaign, held in a free environment, without any formalism, by famous and beloved artists, gave a special mood to this event.

– I welcome the ongoing reforms in Uzbekistan, – said journalist Alexander Libus from the United States. – This is not the first time in Uzbekistan, I visit my friends in this country every year. This year, friends invited me to this event. It is gratifying that the party is working to improve the country. I wish prosperity to Uzbekistan. 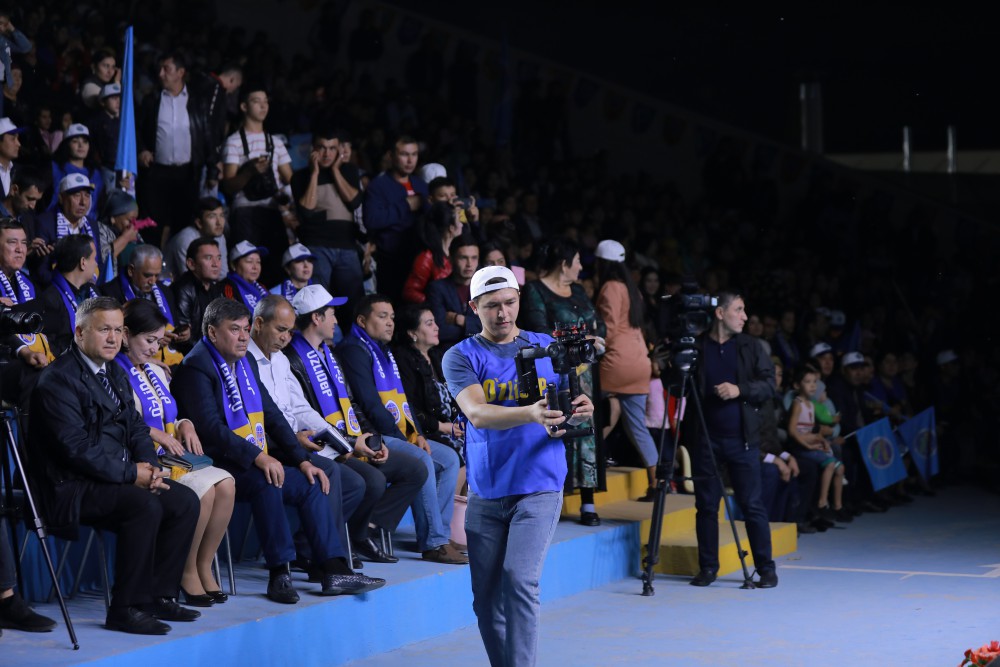 Outreach events are actively carried out in cities and regions in the days of the election campaign.