The old bridge repaired with the assistance of UzLiDeP deputy 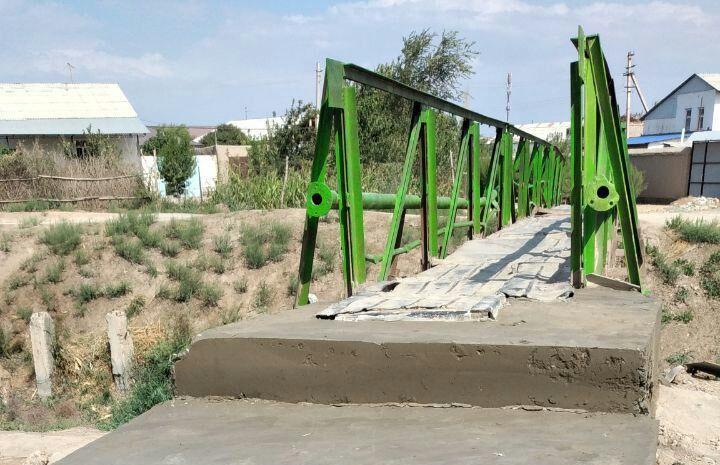 The bridge for pedestrians in the citizens’ assembly of Shagalakul mahalla of Khojeyli district was in a critical condition. To eliminate the problem, the citizens turned to Yuldosh Matniyazov, the head of UzLiDeP deputy group in Khojeyli District Council of People’s Deputies.

The deputy studied the problem of voters and sent a deputy request to the district administration for improvement. The deputy’s request was not ignored.

The Improvement Department reported that building materials will be required to repair the bridge, the purchase of which requires 20 million UZS.

“There are 978 farms on our territory, the population is 5043 people”, said Koblan Asamatdinov, Chairman of the citizens’ assembly of Shagalakul mahalla. “The bridge, laid across the territory of our mahalla, is used by almost the entire population, children go to school. The bridge was outdated and posed a danger to the life of the population. Therefore, we turned to our elected deputy Y. Matniyazov. He solved our problem”.