People’s trust is a high blessing 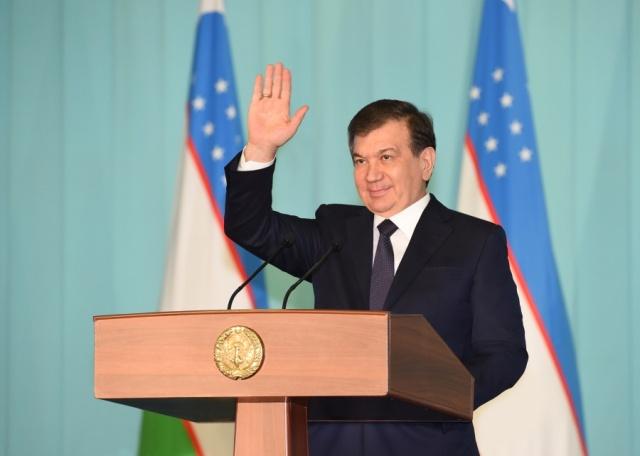 From that day, the election campaign began. Electoral districts were formed within the territories of the Republic of Qoraqalpoghiston, the regions and the city of Tashkent.
The Central Electoral Commission registered Sarvar Otamuratov from the Milliy Tiklanish Democratic Party of Uzbekistan, Shavkat Mirziyoyev from the movement of entrepreneurs and businessmen – the Uzbekistan Liberal-Democratic Party (UzLiDeP), Hatamjon Ketmonov from the Uzbekistan People’s Democratic Party and Narimon Umarov from the Adolat Social Democratic Party of Uzbekistan as candidates for President of the Republic of Uzbekistan.
Equal conditions were created for all these candidates for the period of electoral campaigning. For the elections of President of the Republic of Uzbekistan 9 thousand 383 polling stations, including 44 at Uzbekistan’s representative offices abroad, were formed. All the necessary conditions were created for this political event to be held transparently and fairly completely conforming to democratic principles enshrined in the electoral law.
A whole range of measures were carried out for voters with limited abilities also to take part in voting. There were wheelchair ramps at the entrances to the polling stations. Various booklets on elections, and for the first time ballot papers written in the Braille script were prepared for blind people.
As a result of these measures, the 4 December presidential elections were held at a high level conforming to international standards.
On 5 December, an event of the movement of entrepreneurs and businessmen – the Uzbekistan Liberal-Democratic Party (UzLiDeP) took place in the capital city on preliminary results of the presidential elections. The event was attended by active members of UzLiDeP, entrepreneurs, businessmen, representatives of various spheres, figures of culture and art and members of the wider public.
They established online contact with the press service for the coverage of the presidential elections and followed the elections’ preliminary results.
According to the preliminary results of the elections of President of the Republic of Uzbekistan, Shavkat Mirziyoyev won garnering 15 million 906 thousand 724 votes or 88.61 per cent of the votes cast in the elections.
This news was greeted with thunderous applause from those at the gathering.
Shavkat Mirziyoyev made a speech at the event and expressed gratitude to the entire Uzbek people for this great trust given to him.
It was said that in the past 25 years, incomparable changes had been carried out in all spheres of the country under First President Islam Karimov’s leadership, that firm foundations had been created for the national statehood, that a law-governed democratic state and a strong civil society had been formed and that market economy principles had been developed. The Motherland’s development and future and the people’s prosperity are the chief ideas of reforms being implemented in the country.
Genuine gratitude was expressed to 5 international organizations, namely the OSCE Office for Democratic Institutions and Human Rights, the CIS, the Shanghai Cooperation Organization, the Association of World Election Bodies and the OIC, as well as nearly 600 observers from 46 states which observed the processes of preparation and conduct of the elections. In the elections, Uzbek people voted for the maintenance of peace and calm in the country, for further prosperity and the strengthening of the state’s prestige in the international arena. Most importantly, through these elections, the Uzbek nation successfully passed this very important test before the world community. This was recognized by observers who had come from various continents of the world and prestigious international organizations.
The event held in the form of video conference was attended by thousands of people from the Republic of Qoraqalpoghiston and regional centres. A labour veteran of the Republic of Qoraqalpoghiston, Q.Kamolov; an engineer-technician of the Bukhara oil processing plant in Bukhara Region, H.Latipov; the director of the Navoiy machine-building plant production association, N.Lakkay; the chairman of the “Khontepa” neighbourhood citizens’ gathering in the town of Karshi, R.Zohirov; the chief of the “Nurli obod” farm in Oltiariq District of Farghona Region, L.Murodova; a labour veteran from Tashkent Region, U.Mirzaqulov; a folksinger from Surkhondaryo Region, S.Shaydilov; and others cordially congratulated Shavkat Mirziyoyev on his election to the post of President of the Republic of Uzbekistan and wished him success in his work in the interests of the Motherland and people.
During the event, songs were sung about the Motherland, independence, and happiness.