M.Toir: UzLiDeP`s contest will reveal a lot of talented young men and women 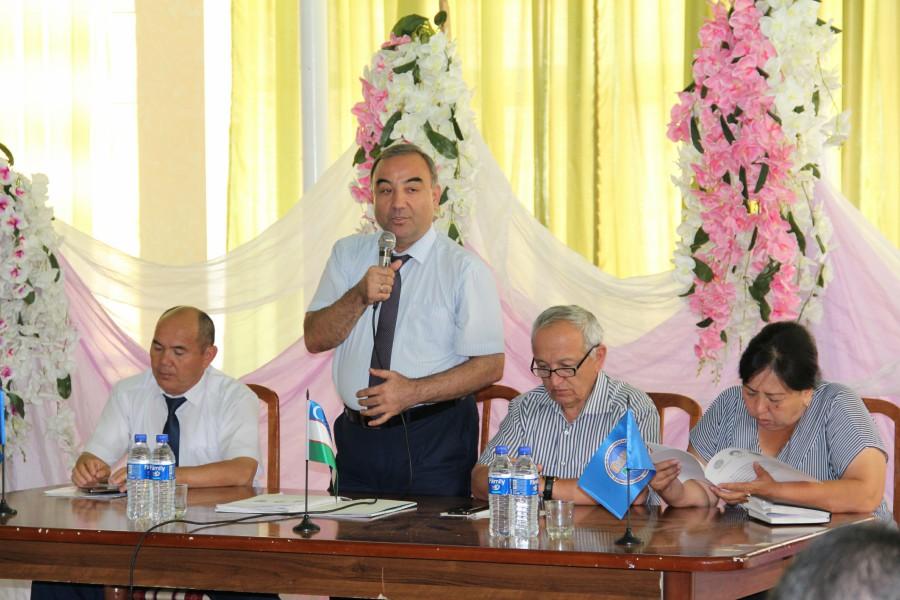 On the eve of celebration the 27th anniversary of independence of Uzbekistan, in the framework of the propaganda event «My homeland is a comfortable place» open dialogues are organized, dedicated to the presentation of the Republican creative contest «Active entrepreneur – through the eyes of creative workers».

Activists of the party, famous writers and poets, journalists and businessmen took part in it.

– This good initiative of UzLiDeP has become a worthy appeal for us, writers, - said the People's poet of Uzbekistan, the executive secretary of the Tashkent regional branch of the Writers' Union of Uzbekistan M. Toir. –The party leader shows concern for creative workers. I believe that this contest will reveal new talents and a portrait of a modern entrepreneur will be created.

– When we talk about enterprising people from Parkent, we imagine famous gardeners, experienced farmers, – said the editor-in-chief of the newspaper «Uzbekiston adabyti va sanati» U. Mirzayrov. – However, today I have witnessed that the workers from Parkent have reached a new level in their work. In the future, I think to write works of art, publicistic essays describing the new look of entrepreneurs.

In the course of an open dialogue, member of the Political Council of UzLiDeP, the editor-in-chief of the newspaper XXI asr, a member of the Writers' Union of Uzbekistan N. Jalilov, the head of the CPE of UzLiDeP N. Alimov, the director of the Tashkent regional branch of the Uzbek press and information agency Z. Eralieva, the editor-in-chief of the newspaper «Okkhangaron hajoti», B. Kobulov expressed their opinions about the contest.

of the Tashkent regional