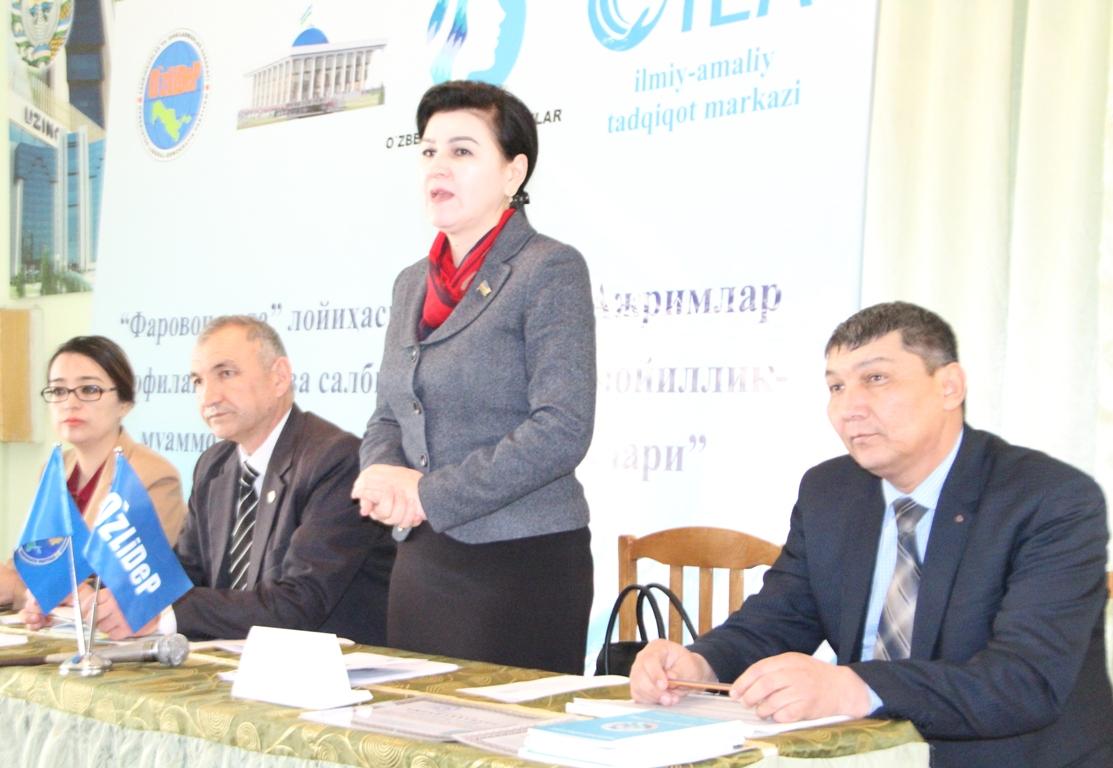 The department for working with women of Syrdarya regional Kengash of UzLiDeP held a workshop on prevention of divorce among families of the region within the framework of the project “A prosperous family”.

It was attended by deputies of the Legislative Chamber of the Oliy Majlis of the Republic of Uzbekistan, representatives of the Executive Committee of the Political Council of UzLiDeP, the regional Women’s Committee and the Scientific Practical Research Center Oila (Family), senior officials of the district internal affairs department, girls and women released from penal institutions.

It was noted that the main tasks of the event are to ensure the effective implementation of the state policy in the field of supporting women, strengthening cultural and moral values ​​in families, protecting the rights and interests of women, preventing early marriage and divorce, as well as helping women released from prison.

“Necessary measures are being taken to prevent the breakup of marriages. Joint efforts of state and public organizations are concentrated in this direction. In 2018, 972 cases of marriages breakup were recorded in the region, and in 650 cases this was avoided”, - said Obid Sayitniyazov, an employee of the regional department of Scientific Practical Research Center Oila.

At the event, the deputy of the Legislative Chamber of Parliament Gulshana Khudayarova conducted an interactive training. A final conclusion was adopted on the basis of proposals received from participants of the training. They also forwarded proposals on further improvement of legislation in this sphere.

Head of Department of