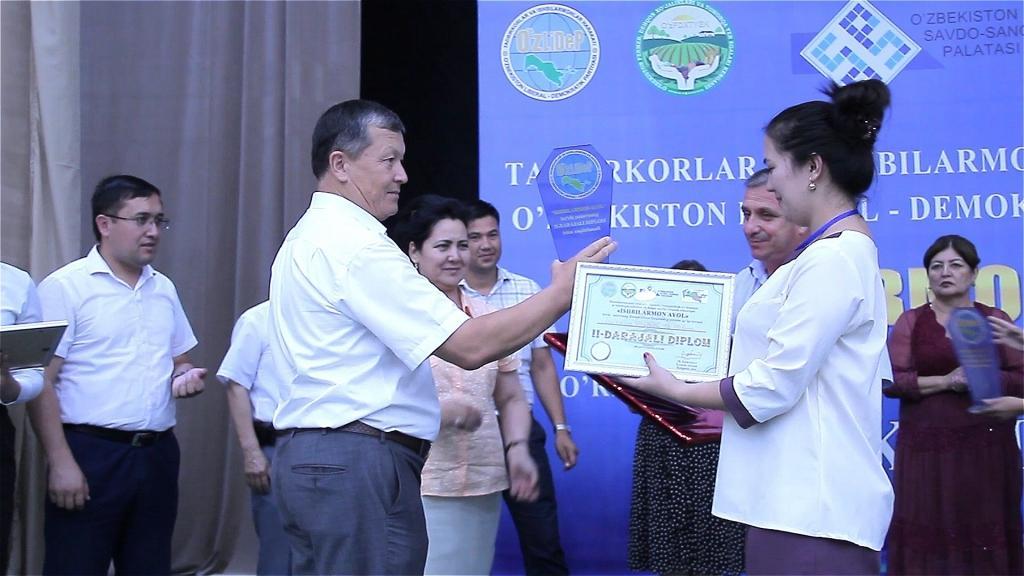 Khorezm regional stage of “Ishbilarmon ayol” (Businesswoman) competition was held by the Women’s Wing of UzLiDeP.

It was attended by 50 women who won at the district and city stages of the competition. 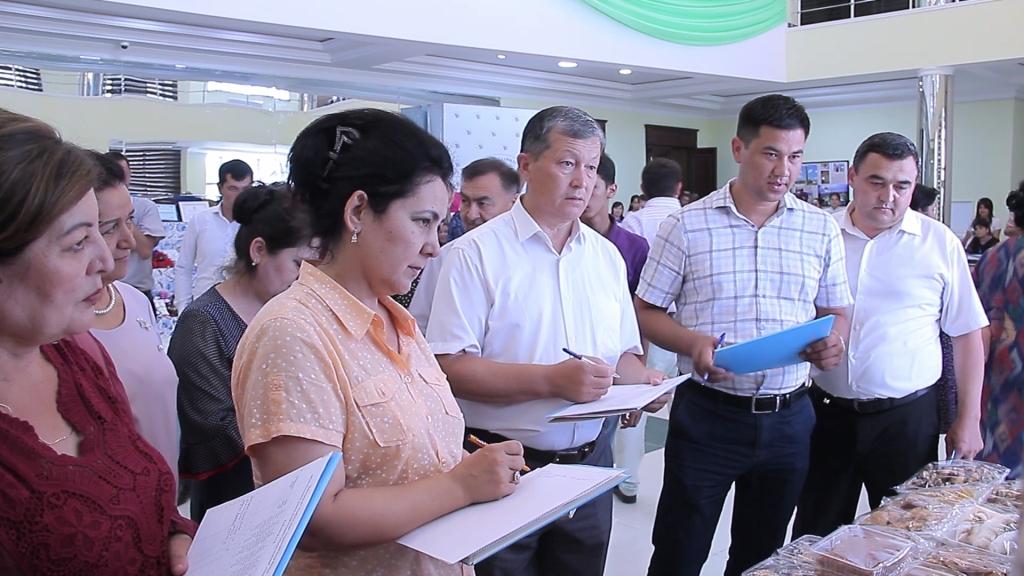 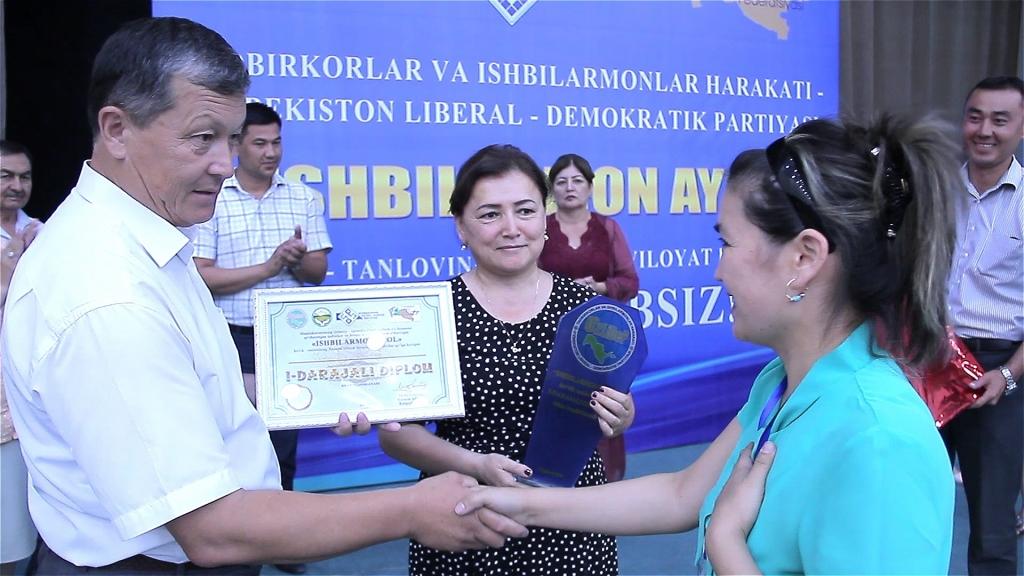 “At the competition, I presented men's and women's shoes produced by our enterprise, took the 1st place”, – says Gavkhar Jumanova, the head of the private enterprise Darital shoes. – I will actively prepare for the republican stage and try to become a winner”.

Head of department for working

with women of Khorezm