Elections to be held in a new order 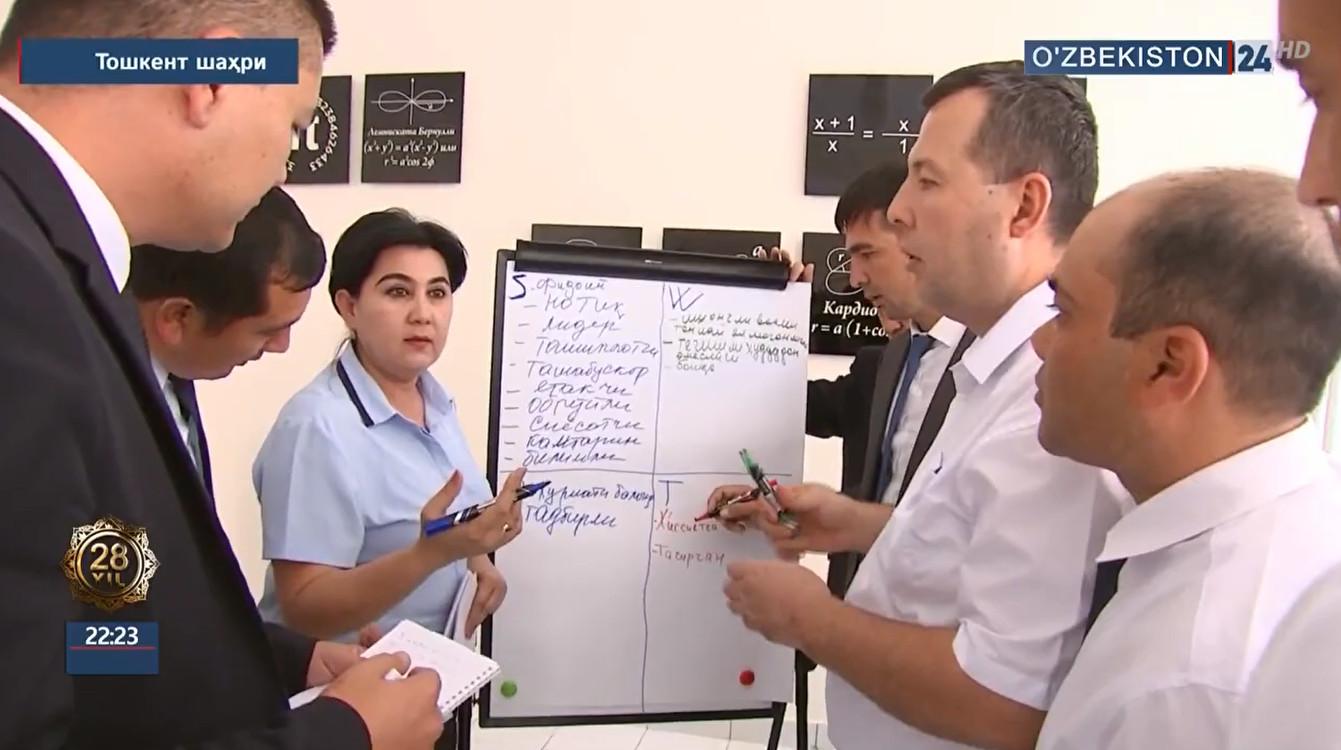 In December this year, elections of deputies to the Legislative Chamber of the Oliy Majlis and local kengashes of people's deputies will be held in Uzbekistan. Specialists of the sphere and experts have repeatedly noted that these elections will be held in a new order, based on new views. And this is natural, since it should be recognized that the reforms carried out in the country for more than two years in all areas have primarily changed the political consciousness and worldview of people. Today, citizens are well aware of their rights, take a direct part in state and public administration, and have their own opinions on each issue.

Taking into account the foregoing, it should be noted that activists of all links of UzLiDeP should participate in this political process at a level that meets these requirements. To this end, on August 12 this year, the Executive Committee of UzLiDeP political council organized the republican stage of training “Elections: Strategy and tactics of victory”.

At the first stage of an 8-day study, representatives of the central and territorial kengashes of the party, having divided into 2 groups at the National University of Uzbekistan, receive necessary knowledge and skills from qualified specialists, professors and teachers.

At this stage, it is planned to prepare a group of trainers of the republican level consisting of 45 people for each party.

In turn, in order to seriously prepare for the electoral process and effectively conduct the elections, 45 republican-level trainers who upgraded their qualifications will organize classes to train heads of territorial kengashes of the party, deputy chairmen and specialists, that is, a total of 628 regional and district trainers.

At the next stages of the study, joint activities of 673 trainers of the republican, regional and district levels will be established, during which systematic training of party observers, plenipotentiaries, candidates for deputies of the Legislative Chamber of the Oliy Majlis and in regional, district (city) kengashes of people's deputies and their trusted representatives will be provided.

Despite the difficulties, based on the scope and requirements of this year’s elections, studies are organized on such a systematic basis. The aim of this is to provide the election process with well-trained personnel with necessary knowledge and skills in the field of modern electoral technologies.

What areas and themes does the study cover?

Training workshops will be held in 3 areas.

The first direction is to familiarize future trainers with the party’s pre-election program and the essence of its basic ideas. The party, in a number of its main tasks, determined the work of the economic direction as priority ones, in particular, increasing activity in the field of entrepreneurship, attracting and developing investments in the country's economy, primarily foreign direct investment, practical implementation of effective mechanisms to expand the scale of production localization and protect interests of businessmen. At the same time, much attention has been paid to improving the business environment in the country, actively attracting wide layers of the population, including women and youth, in entrepreneurship and farming. It is clear that an effective solution to these problems requires strengthening the party's activities in the ideological direction. To do this, during the workshop, trainers are given necessary recommendations on strengthening activities in the ideological direction.

The second direction is to increase knowledge and skills of effective organization of the party's participation in elections. Issues of the central and territorial election headquarters of the party on increasing readiness to work with the general population are discussed in detail, taking into account the requirements of the present day, formation of a media plan in the campaign headquarters for informing the general public through republican and local media about propaganda work aimed at party participation in the election process, the events, trainings, classes, proper organization of work in this direction in the primary party organizations, city and district kengashes of the party.

The third area is introduction of modern technologies in the activities of the party. This is especially important in this age of rapidly changing information technology. Political and PR technologies, the basics of publicity, image-making and other modern technologies necessary for a political party and its activists are studied in detail.

A number of other areas are also provided for organizing high-level training workshops.

Most importantly, participants of the workshop are demonstrating personal positions on each issue. Participating in interesting dialogues, they are receiving answers to their questions from experienced specialists.