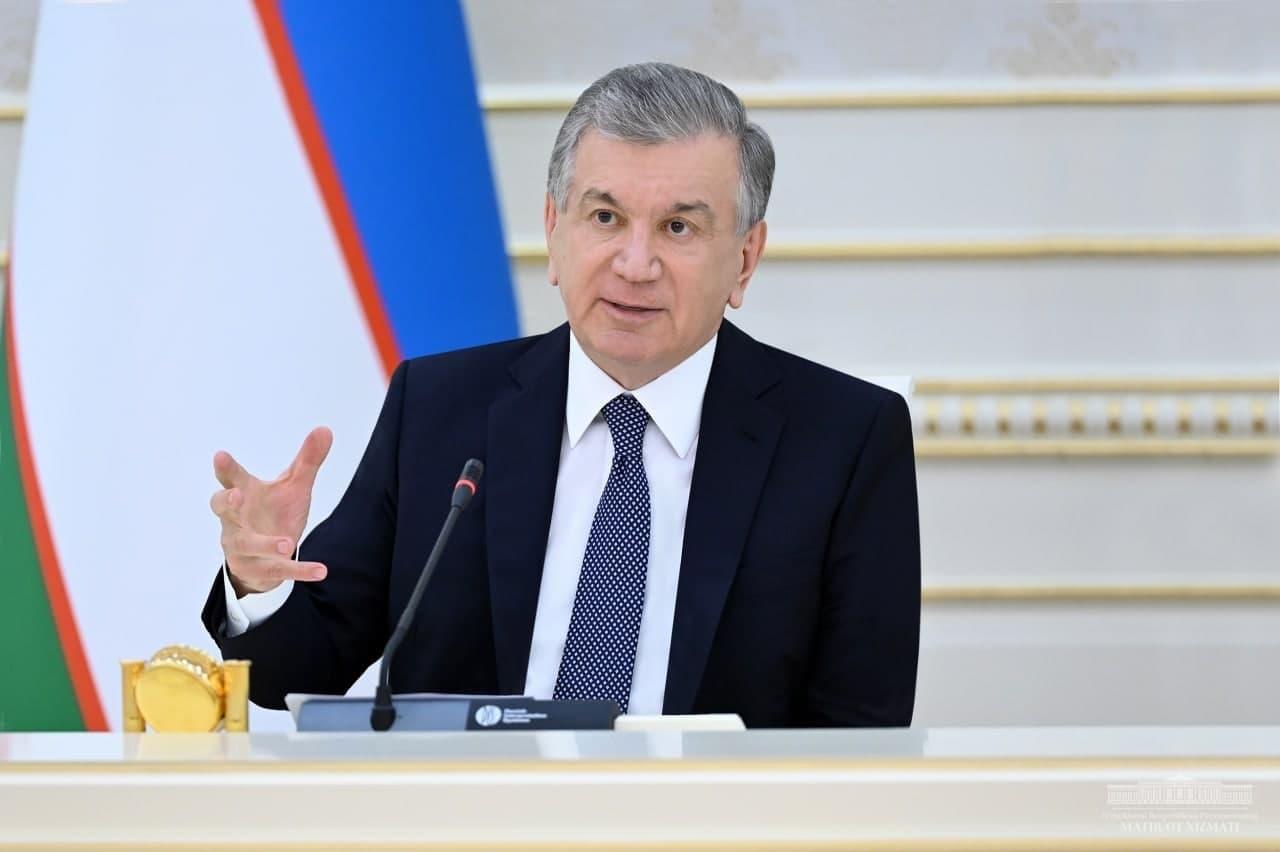 On March 11, President Shavkat Mirziyoyev chaired a videoconference on further expansion of industrial cooperation and localization.

A Presidential Resolution of January 24 this year approved a program for enhancing production and industrial cooperation for 2022. Within its framework, it is planned to establish the production of new types of products for almost 37 trillion UZS within the framework of 2,455 projects.

The progress of the program was critically analyzed at the beginning of the meeting. Serious shortcomings in the activities of the Agency for the Development of the Pharmaceutical Industry, JSC Uzbekistan Railways, JSC Issiqlik Elektr Stansiyalari were indicated.

Contracts concluded through the Electronic Cooperation portal were not executed in certain regions. The share of enterprises of the Republic of Karakalpakstan, Namangan, Surkhandarya and Khorezm regions in electronic auctions is less than 1 percent. Due to the lack of cooperative ties, the import of certain types of goods for the production of which there are conditions within the country has increased.

“In the current changing conditions, the most effective way to ensure the sustainability of the economy is the use of internal capabilities, the production of some imported products in our country and further development of the industry. This should become a priority of our national economy”, Shavkat Mirziyoyev said.

Important measures in this direction were identified at the meeting. The need was noted for establishing cooperation between large enterprises and local producers by product types.

For example, after the Navoi Mining and Metallurgical Complex posted information on imported goods and technical requirements on the cooperation portal, products worth 600 billion UZS, which were previously imported from abroad, began to be produced at 18 local enterprises.

The President instructed to introduce this experience in all industries and regions, to attract entrepreneurs to the development of the production of imported products.

To this end, the procedure for holding industrial fairs will be changed. In addition to finding buyers for finished products, participants will be able to develop business plans for the organization of goods recommended for localization. Entrepreneurs interested in projects will be able to conclude supply contracts on the sidelines of the fair, arrange financing with banks.

To do this, a permanent industrial exhibition will be organized at Uzexpocentre, and showrooms of local manufacturers – in regional centers and industrial zones.

At the same time, the costs of marketing research within the framework of new projects and certification abroad will be partially compensated.

A detailed analysis of the changes taking place in the world market was carried out at the meeting.

A decision was made to grant several benefits and preferences to enterprises that import raw materials, process them in the customs territory and export the products received since April. In particular, their projects will not require a feasibility study, certificates for products, provision for customs duties, the period for issuing permits will be reduced by 3 times, customs duties on imported equipment will not be levied.

To enter new markets, it is necessary to widely implement international standards in the industry. For example, in 2019-2021, thanks to the receipt of international certificates, 2,000 textile enterprises increased their exports by 1.5 times.

In addition, the Cotton Campaign recently canceled the boycott of Uzbek cotton. It also opens up new opportunities and new markets.

Uzstandard Agency was tasked with increasing the number of enterprises with international certificates in other industries, as well as creating Training Centers for international standards at project offices in the regions.

The construction materials industry can also develop at the expense of internal reserves. In this regard, 100 billion UZS have been allocated for the expansion of geological exploration of raw materials. This year it is planned to implement 420 projects worth $1.8 billion. Responsible persons were instructed to launch these projects on time and increase the export of construction materials.

The issue of full mobilization of existing capacities and import substitution in the pharmaceutical industry was also considered.

As is known, if industrial enterprises are disconnected from science and innovation, it will be difficult for them to adapt to the new competitive environment. Therefore, the Ministry of Innovative Development was tasked with promoting the modernization of enterprises in the regions, improving the quality of their products.

The meeting was attended by the heads of industries, large enterprises and hokims.