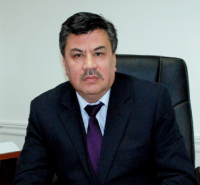 Germany is undoubtedly called one of the first in the current conditions of strong competition in a number of developed countries. Why? Because this country in many areas has carried out and is implementing activities that serves as an example for many. Especially in the economic sphere after the consequences of the Second World War, this country managed to perform a miracle. The success of this country is also evidenced by the country's GDP, which currently stands at 3 trillion euros.

According to experts, the basis of the German miracle is the idea of ​​providing freedom and comprehensive support for small business and private entrepreneurship. It is noteworthy that the majority of small business representatives are engaged in family entrepreneurship. This industry employs 70 percent of the population. This sector accounts for 41 percent of total taxes and half of the country's GDP. In the 50s – 60s of the 20th century, almost half of the jobs created in Germany accounted for small business. By 1978, the government, in order to improve these results, had developed a program to stimulate private business support funds. Entrepreneurs were given the opportunity to obtain long-term loans with a low interest rate.

It is also appropriate to note that the main part of local business circles is engaged in areas that require in-depth knowledge and scientific potential, for example, information technologies, biological laboratories, and communication facilities. In other words, German entrepreneurs work mainly in innovative areas. At the beginning of the 80s, consulting centers and a commission to stimulate technological transfer (the main form of stimulating innovations, the implementation of innovative technologies and know-how) were established at the Chamber of Commerce and Industry. By the 1990s, a wide path to technology parks was opened, programs for preferential support of small companies were developed. Currently, a small innovative business is also supported by the state. For this purpose, technological centers, research institutes, and a system of specialized transport have been established.

The official visit of the Federal President of the Federal Republic of Germany Frank-Walter Steinmeier to Uzbekistan will contribute, first of all, to the development of innovative developments in small business, as well as to strengthen cooperation between the business circles of the two countries. At the same time, it will provide an opportunity for attracting investments and technologies of Germany to the country, offering products of Uzbekistan both for the states of Central, East and South Asia, and on the world market. Preferential tax and customs rules will be established on free economic zones. Moreover, the achievement of annual GDP growth of more than 5% is a great advantage for Uzbekistan. In a word, the offer of a package of services by German entrepreneurs, as well as training and development of advanced experience in this area, is equally in the interests of Uzbekistan and Germany.