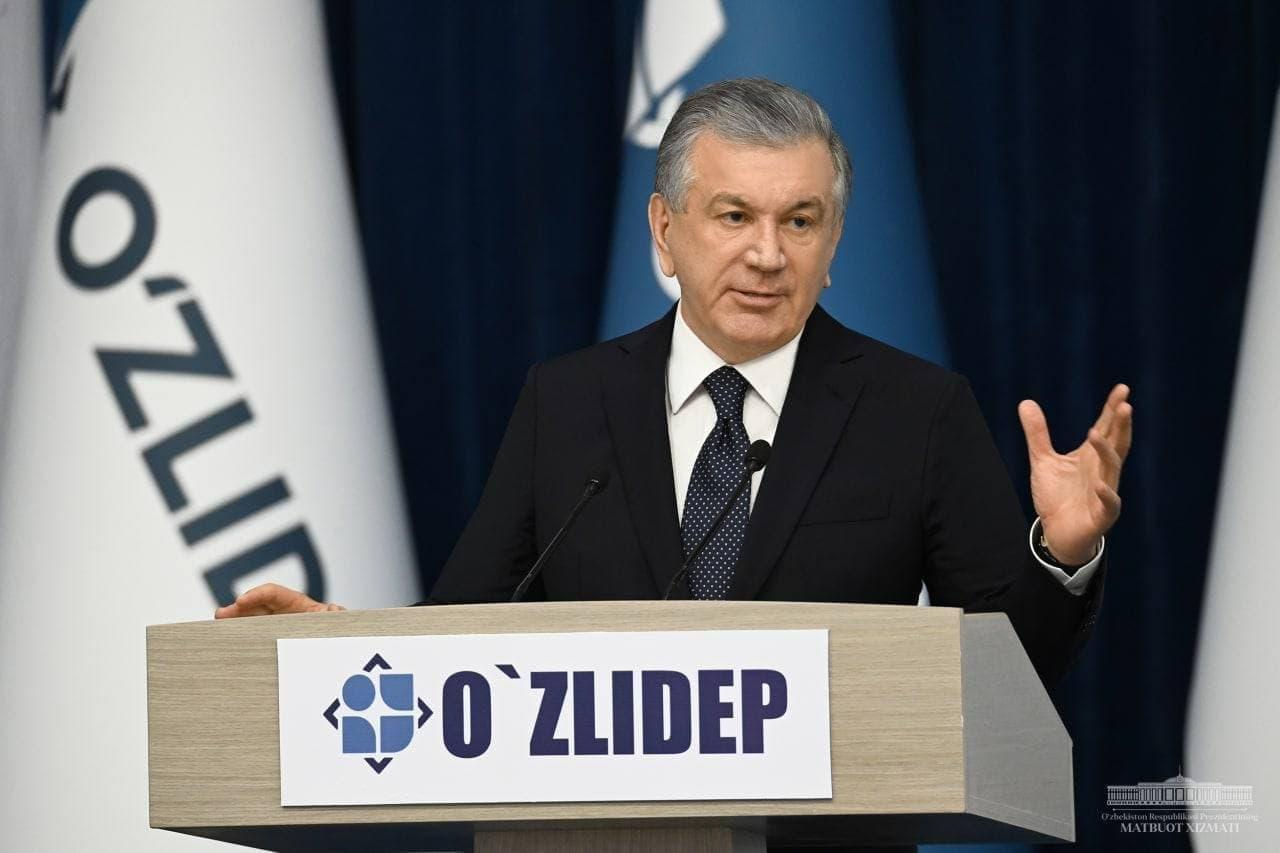 Presidential candidate of the Republic of Uzbekistan from the Movement of the Entrepreneurs and Businesspeople – the Liberal Democratic Party of Uzbekistan Shavkat Mirziyoyev met with Syrdarya region’s voters on October 7.

The meeting was opened by the authorized person of the candidate in Syrdarya region P.Akhmedjonova.

Presidential candidate of the Republic of Uzbekistan Shavkat Mirziyoyev made a report on his pre-election program.

The program consists of ten priorities aimed at bringing the country to a new level of development. These are the development of the economy based on science and high technologies, poverty reduction through active entrepreneurship and targeted financial support, increasing efficiency in agriculture, improving the quality of education and training competitive personnel, strengthening public health, balanced development of regions, improving the public administration system, ensuring the rule of justice and law, conducting an open and pragmatic foreign policy, developing cultural and spiritual spheres.

The changes taking place in Syrdarya region were also touched upon. In particular, over the past five years, the volume of local industrial production and services in the region has almost doubled. Investments in the region increased 3.5 times, foreign direct investments – 9 times.

The main attention was paid to solving existing problems, developing the region in all directions and improving the lives of the population.

For this purpose, the candidate has developed a draft five-year program. In particular, it is planned to double the volume of agricultural production due to the improvement of reclamation and development of seed production, fish farming, animal husbandry and pomegranate cultivation.

The region has great opportunities for the development of industry, the production of products with high added value. In this regard, it was noted that a project group will be created in each district to finance projects in the driver industries.

In general, the region plans to implement 2,000 investment projects worth $5 billion in the energy, chemical, textile, construction, pharmaceutical and other industries over the next five years. This will create 60 thousand permanent jobs. It was emphasized that during this period, the region's exports can be increased 5 times – up to $1 billion per year.

The candidate also touched upon the tasks of housing construction, development of road transport and engineering infrastructure. In particular, it is planned to build 10 thousand apartments in the next five years. The operation of drinking water supply and sewerage systems will be improved. Repair and construction of highways are planned. Transit bus routes between the region and Tajikistan through Fergana Valley will be launched.

Plans in the field of education and healthcare have also been announced.

“We need enlightened management – rational and effective management based on science and fair laws to build a new Uzbekistan, to increase the effectiveness of our reforms. The people, and life itself, do not accept leaders who are indifferent to people's problems and work in the style of “as I said, so it will be”, Shavkat Mirziyoyev noted.

The candidate stated that there are all opportunities to implement the plans outlined in the program, in this case, he will rely on the trust of hardworking Syrdarya residents.

The representatives of the party, veterans of labor, and youth noted that they would support the candidacy of Shavkat Mirziyoyev in the Presidential Elections of the Republic of Uzbekistan and called on others to vote for him.