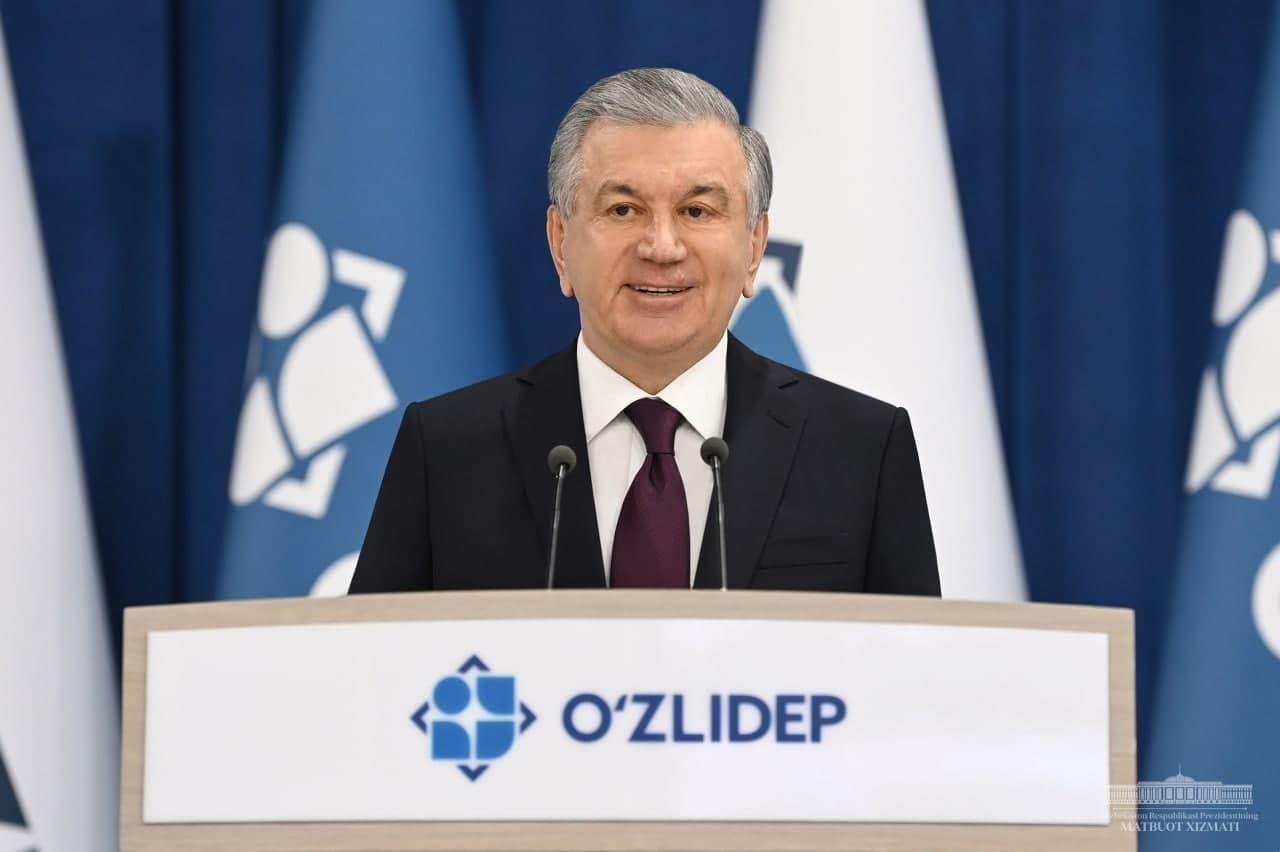 On October 21, the Presidential candidate of the Republic of Uzbekistan from the Movement of Entrepreneurs and Businesspeople – the Liberal Democratic Party of Uzbekistan Shavkat Mirziyoyev met with voters of Jizzakh region.

The meeting was opened by the candidate's authorized person B. Uzokov.

The Presidential candidate presented to the audience his pre-election program, which covers issues of economic development, entrepreneurship, agriculture, education, healthcare, regions of the country, foreign policy and culture, improving public administration, ensuring the rule of law.

The program also defines plans for the socio-economic development of Jizzakh region. In particular, in the next five years, it is planned to implement more than 4 thousand large, medium and small investment projects in the region worth $12 billion, to create 120 thousand jobs.

It was noted that special attention will be paid to the development of industry based on the idea of “Produce in Jizzakh”.

In particular, it is planned to expand the territory of Jizzakh Free Economic Zone and place more than 90 industrial projects worth $800 million. It is planned to increase the number of small industrial zones from 23 to 40 and implement 375 projects worth $201 million. It is envisaged to create many enterprises in mechanical and electrical engineering, energy, building materials and food industries, textile, leather and footwear, pharmaceutical production in cities and districts.

As a result, over the next 5 years, the region’s exports will increase more than 3 times and reach $620 million per year, of which industrial exports will amount to $500 million.

The candidate noted the increased entrepreneurial spirit in the region in recent years, pointed out the need for expanding opportunities in this area. To do this, it is planned to train more than 50 thousand young people in entrepreneurship, 28 thousand young men and women in popular professions.

It was emphasized that the nature of the region is favorable for the development of both domestic and international tourism. Projects worth $300 million with the creation of 25 thousand jobs will be implemented in this sphere. In general, 100 thousand new jobs will be created in small businesses and services due to work in the context of mahallas.

Issues of agriculture were also considered. Shavkat Mirziyoyev noted that the main goal of reforms in this sphere is to significantly increase the economic efficiency of the land. To do this, modern agricultural technologies and new varieties will be introduced on 100 thousand hectares, which will bring the average yield of cotton to 60 quintals, grain to 90 quintals per hectare. It is planned to create 42 clusters. Vineyards and intensive gardens will be laid out on 50 thousand hectares. Through the investments of $40 million, the area of saffron plantations in Bakhmal and Zaamin will be expanded to 2 thousand hectares. A large livestock complex will be built in Zaamin and Zarbdor districts. Many projects are planned to be implemented in the poultry and fish farming industries.

The candidate focused on improving local housing conditions. Plans have been announced to provide the population with housing and drinking water, as well as the improvement of mahallas.

In particular, 208 villages and mahallas will be landscaped within the framework of Obod Qishloq (Prosperous Village) and Obod Mahalla (Prosperous Neighborhood) Programs. It is planned to build 875 kilometers of drinking water supply networks, 5 thousand kilometers of power grids, more than 3 thousand kilometers of highways and internal streets. Over the next five years, it is planned to build multi-storey housing for 18 thousand apartments, and subsidies will be provided to low-income families.

In general, it is planned to allocate 45 trillion UZS from the state budget for the economic and social development of Jizzakh region over the next five years, as well as create about 230 thousand jobs.

Plans aimed at improving the health of the population, expanding coverage and improving the quality of educational institutions, developing culture and sports were also presented.

A sincere conversation took place with party members, voters gathered in the district studios. They noted the ongoing changes in the region, expressed their opinions and considerations. Shavkat Mirziyoyev supported and promised to implement the proposals made.