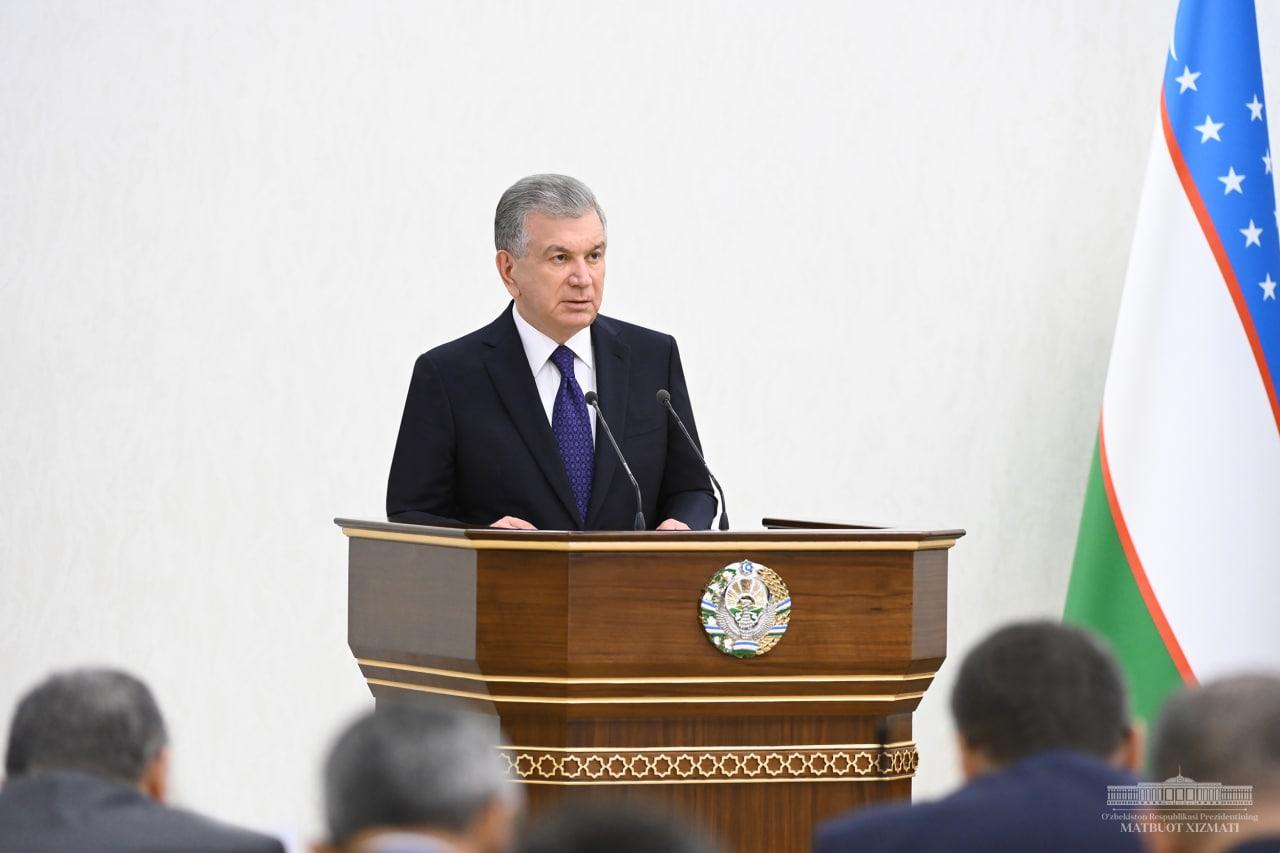 On May 31, under the chairmanship of President Shavkat Mirziyoyev, the videoconferencing was held to ensure the permanent supply of population with food products.

Around the world, restrictions are intensifying and food prices are rising. The fact that on the world market the wheat rose by 50%, vegetable oil by 33%, sugar by 14% and oil by 47%, obviously has an impact on pricing in our country. For instance, in May Kashkadarya and Namangan regions have recorded the growth in potatoes, flour and sugar prices.

In this regard, the issues of increasing production of basic foodstuffs, including poultry and livestock were discussed at the meeting.

The poultry meat and eggs are affordable, nutritious products with a short production cycle. However, in many regions, the poultry meat production does not meet the needs of the population. More than 50 large enterprises in this field operate at half of their capacity. There are difficulties in supplying them with forage, including wheat.

The meeting has identified specific measures to address this issue. In particular, from June 1, the poultry industry shall be allocated 400 billion Uzbek soums of revolving credits for the purchase of wheat. Through the State Entrepreneurship Support Fund, they will be provided with a guarantee of 50% of the loan collateral and interest compensation on the loan in excess of 17% of the rate. There is also a proposal to extend the maturity of credits issued to poultry farms on working capital.

The instructions were given on the analysis of the poultry products market and the proper placement of industry projects, the digitalization of all processes from production to the sale of products.

The efficiency of poultry cultivation on the basis of cooperation is indicated. For instance, in Nurabad District, the entrepreneurs, by distributing incubators, have harvested poultry meat and eggs together with the population. Today, the region has reached self-sufficiency in this product. Moreover, it has begun to supply it to the city of Samarkand and neighboring regions.

The need to expand this experience, assign poultry farms to certain makhallas (the local residential community areas) and organize poultry farming courses for the population was emphasized at the meeting. Each makhalla with such farms shall receive the preferential loans of 200 million Uzbek soums as part of family entrepreneurship programmes. The population will be provided with chickens and fodder at the expense of these funds.

The animal husbandry is essential for the prosperity of the population and price stability. This industry produces many types of food products.

On February 8, the Presidential Decree «On additional measures for the support of animal husbandry and strengthening of the forage base»  was adopted. The document has increased the amount of subsidies to livestock farms for each kilogram of meat from 2,000 to 4,000, for each liter of milk - from 200 to 400 Uzbek soums. The imported agricultural machinery is exempt from all payments. The preferential credit lines in the amount of $170 million have been granted to manufacturers. It was determined that forage crops will be grown at more than 200,000 hectares of cotton and grain fields using crop rotation.

At the meeting, the work carried out in this direction was considered in the context of the regions. In particular, the cotton-textile clusters have built 35 livestock farms for 18 thousand heads of cattle in Andijan, Bukhara, Fergana and Khorezm regions using the available opportunities. However, the launch of 70 livestock farms has been delayed in Surkhandarya, Samarkand, Syrdarya, Kashkadarya, Namangan, Jizzakh and Tashkent regions. At the same time, there is a lack of consistency in the organization of cooperative production of meat and milk in households.

Besides, there is no clear plan to organize the rotation of cotton, grain and forage crops at an area of 200,000 hectares.

In this regard, the Deputy Prime Minister has been tasked to approve and organize crop rotation in each district, provide farmers with seeds of high-yielding forage crops. Meanwhile, the increase of availability of veterinary care to livestock and households was emphasized.

The support measures to ensure sustainable food supply of the population were defined. In particular, on May 1 the validity of the decree expired, according to which 22 types of food products, such as meat, fish, dairy products, fruit, vegetable oil, were exempted from customs duties. It was determined to extend this measure until January 1, 2023. The application of increased rates of duties on import of food products will also be suspended. The restrictions on the import of foodstuffs as a part of the state procurement will be temporarily abolished.

The Antimonopoly Committee was given instructions regarding ensuring competition in the market and preventing unreasonable price increases.

The khokims of regions and districts (governors), the heads of industries reported at the meeting.