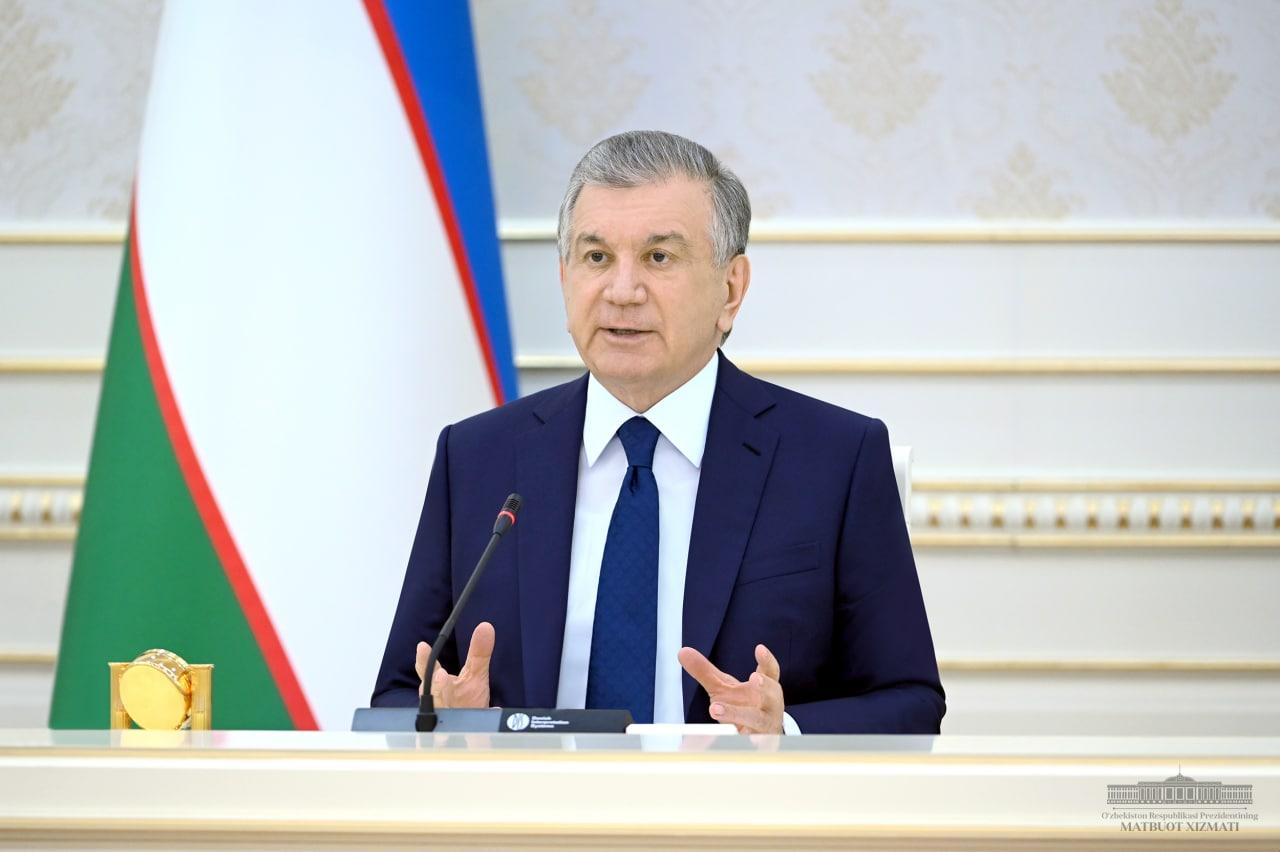 On April 26, President Shavkat Mirziyoyev chaired a videoconferencing on the measures to expanding the coverage of tourism services and developing tourism infrastructure.

The global tourism industry is starting to recover as restrictions imposed during the pandemic are being gradually lifted. In the first quarter of this year,  610 thousand foreign tourists visited Uzbekistan. This is more than twice as many as in the same period last year. It is expected that in the coming months the flow of tourists shall increase.

At the meeting, the level of readiness of the tourist infrastructure was analyzed and the shortcomings were indicated.

In particular, there are fewer accommodation places than demand in hotels in Karakalpakstan, Andijan and Kashkadarya regions. The great opportunities available in Navoiy, Jizzakh, Surkhandarya, Kashkadarya and Tashkent regions are not used. There are very few youth-oriented tourism services. The establishment of family-friendly and all-inclusive services is progressing slowly.

Only 18 out of 206 geothermal sources and mineral springs are used for tourism purposes. For example, the Arashan lakes on the Kamchik pass, where the water temperature is 36 degrees all year round, are not inferior to foreign resorts in terms of tourism potential. In Chimbay, Karauzyak and Takhtakupir it is possible to organize sanatoria around thermal springs, the water of which has a temperature of 40-70 degrees.

The potential of 122 museums of the country is not used in full. They contain more than 2.5 million items, of which 112 thousand are unique monuments of world history and culture.

The meeting has discussed measures to use such opportunities to restore the pre-pandemic indicators in the tourism sector and expand the range of services.

It was emphasized that, first of all, it is necessary to implement the large-scale projects in each region that will attract tourists.

For example, thousands of foreign and local tourists daily visit the «Afsonalar Vodiysi» (‘The Valley of Legends’) complexes in Namangan and the Amirsoy complex in Bostanlyk. Another project has been launched in Khanabad with the participation of foreign investors.

The President has noted that there are many such places in our country and listed the opportunities that have not yet been used.

This, in particular, is one of the deepest caves in the world Boybuloq, Teshik-Tash caves, where the remains of a Neanderthal man were found, a monument of ancient Hellenic culture - the fortress of Uzundara in Baysun. The nature and climate of the region are favorable for the development of tourism. Through building the hotels, campsites, cable cars, tourist houses, here it is possible to attract 500,000 tourists.

The possibility of creating bathing areas on the lakes Ashshikul in Nukus, Zikrikul in Bukhara, Aydarkul and Tuzkan in Jizzakh, as well as in the Charvak zone was indicated.

The measures have been identified for the construction along the Uzbek tourist highway, passing through 31 districts and cities, caravansaries, which will provide parking, camping, car service, catering and gas stations.

A package of services «for $1000» will be formed in Tashkent aimed at ensuring that foreign tourists stay in the city no less than 3 days. This program will include year-round water and theme parks, food and shopping streets, live concerts, shows and festivals.

The khokims (governors) were instructed to improve roads, electricity supply, potable water supply and communications in tourist villages. This year, 250 billion Uzbek soums will be allocated from the republican budget for these purposes.

The need was noted for creating websites and mobile applications that will help foreign tourists organize all stages of the journey.

The cultural events also play an important role in attracting tourists. Uzbekistan organizes 186 different festivals, including the international ones. They have the potential to attract an additional 1 million foreign and 5 million local tourists. The responsible officials were instructed to hold these events at a high level of organization and security, to promote them around the world.

Additional days off were announced on the occasion of the Navruz holiday this year. The discounts were provided at 250 hotels and museums, as well as visits to pilgrimage tourism sites became free, which gave a great impetus to domestic tourism. An additional 110,000 local tourists visited Bukhara and Samarkand. The compatriots shall be able to rest for another 5 days on the occasion of Ramadan Hayit (Eid al-Fitr) next week.

The President has noted the need for promoting domestic travel not only on the eve of the holidays, but throughout the year.

To this end, starting this year, the practice of covering by state organizations of the internal 20% of the tourist trip costs for their employees once a year at the expense of extra budgetary funds shall be introduced.

The effective organization of museum activities also plays an important role in tourism development. An instruction was given to conduct a complete inventory of all museum exhibits in the country, create their electronic database, and improve the skills of museum managers and employees.

Due to the lack of an exhibition space, only 1% of exhibits are exhibited at museums. In addition, the population does not have access to remote museums. Therefore, it is necessary to organize mobile exhibitions of museums in the regions as a part of the «Making Art Closer to People» Program. The task was set to turn over 4,500 archaeological sites in the country into open-air museums.

One of the most important means of organizing travel is transport. The high transport costs remain one of the main factors holding back the attraction of foreign tourists today. There are not so many inexpensive international and domestic routes. To apply a few weeks in advance to get a ticket for the modern «Afrosiyob» train.

Therefore, the Ministry of Transport was instructed to improve the transport infrastructure in tourism.

From July 1, the discounts of up to 50% shall be introduced on services provided to foreign airlines under the Pilgrimage Tourism program to meet the demand of tourists for flights. By October 1, a new company, Silk Avia, shall be established for domestic flights.  Nine aircrafts shall e fully upgraded to economy class to reduce costs.

The heads of the sector, khokims and entrepreneurs reported on their plans and made the relevant proposals at the meeting.