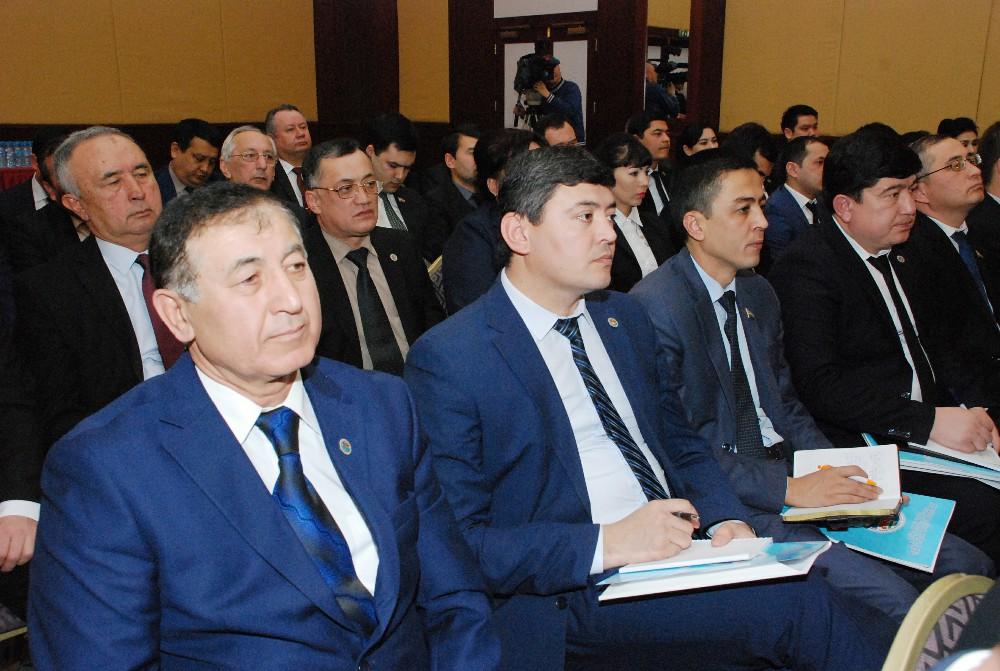 On 14 February, a regular meeting of the Political Council of UzLiDeP was held to discuss the Presidential Decree “On action strategy on further developing of the Republic of Uzbekistan” and the participation of the party in its implementation.

The participants noted that this decree represents a new stage in the ongoing large-scale reforms in all spheres of the life. In this case, UzLiDeP has a special responsibility to implement the issues of socio-political, socio-economic, cultural and humanitarian development of the country outlined in this decree, which was announced before by the President of the Republic of Uzbekistan Shavkat Mirziyoyev in his electoral campaigning.

During the meeting, the participants thoroughly discussed and analyzed all specified directions in the Strategy of development of Uzbekistan, which includes five priority areas, modernization of public administration, court and legal system, liberalization of economy, reforms in social sector and foreign policy principles.

During the meeting, the participants paid particular attention to the issues of economy liberalization, which is in the interests among the electorate of our party. In particular, protection of private property, the financial market, improve investment attractiveness for the development of business and foreign investors, modernization of agriculture and development of diversified farms, the expansion of external economic relations, the introduction of modern technologies for the production of export-oriented products and materials, the introduction of modern principles and mechanisms for regulating banking activities, etc. It was noted that the importance of organizing an effective deputy control over the implementation of sector-based programs providing for a total of 649 investment projects worth $40 billion.

The measures on securing the rule of law and genuine independence of the judiciary are in the interests of party electorate and its pre-election program. The event highlighted the need for practical involvement of territorial units of the party on establishing a direct dialogue with the people, entrepreneurs and farmers of the country, heads of law enforcement and regulatory bodies, state and local authorities, as well as ensuring their accessibility to the public.

The participants assured that the strategy for the further development of the Republic of Uzbekistan will have a positive effect on the development of the social sphere. This includes practical measures to increase employment, improve the social security system and protection of public health, improve the provision of public utilities, etc. In this context, in the medium term UzLiDeP will involve unemployed young people to the business and organize family business, especially in remote rural areas.

Participants during the discussion of the fifth direction of this document stressed that one of the priorities of the state policy is the development of a culture of tolerance and humanism, strengthening of interethnic and civil consent and mutual understanding, the upbringing of the younger generation in the spirit of love and devotion to the Motherland. This decree serves the further maintenance of peace and stability, strengthening of security mechanism, inter-ethnic harmony and religious tolerance in the country.

Participants of the meeting discussed the action program of the party in 2017, which includes priority tasks aimed at improving state and public construction, ensuring rule of law and reforming judicial-legal system, developing and liberalizing economy, developing social sphere and ensuring security, inter-ethnic harmony and religious tolerance, implementing balanced, mutually beneficial and constructive foreign policy. In this program specified the period of time, goals, relevance and mechanisms of planned measures.

It was noted that successful implementation of this programme requires responsibility, solidarity and activism from the party, its faction in the lower house of parliament and members of the deputy groups.

The meeting also considered the issue to approve a new party symbol.

At the end of the meeting, the appropriate decisions on all the discussed issues were taken.