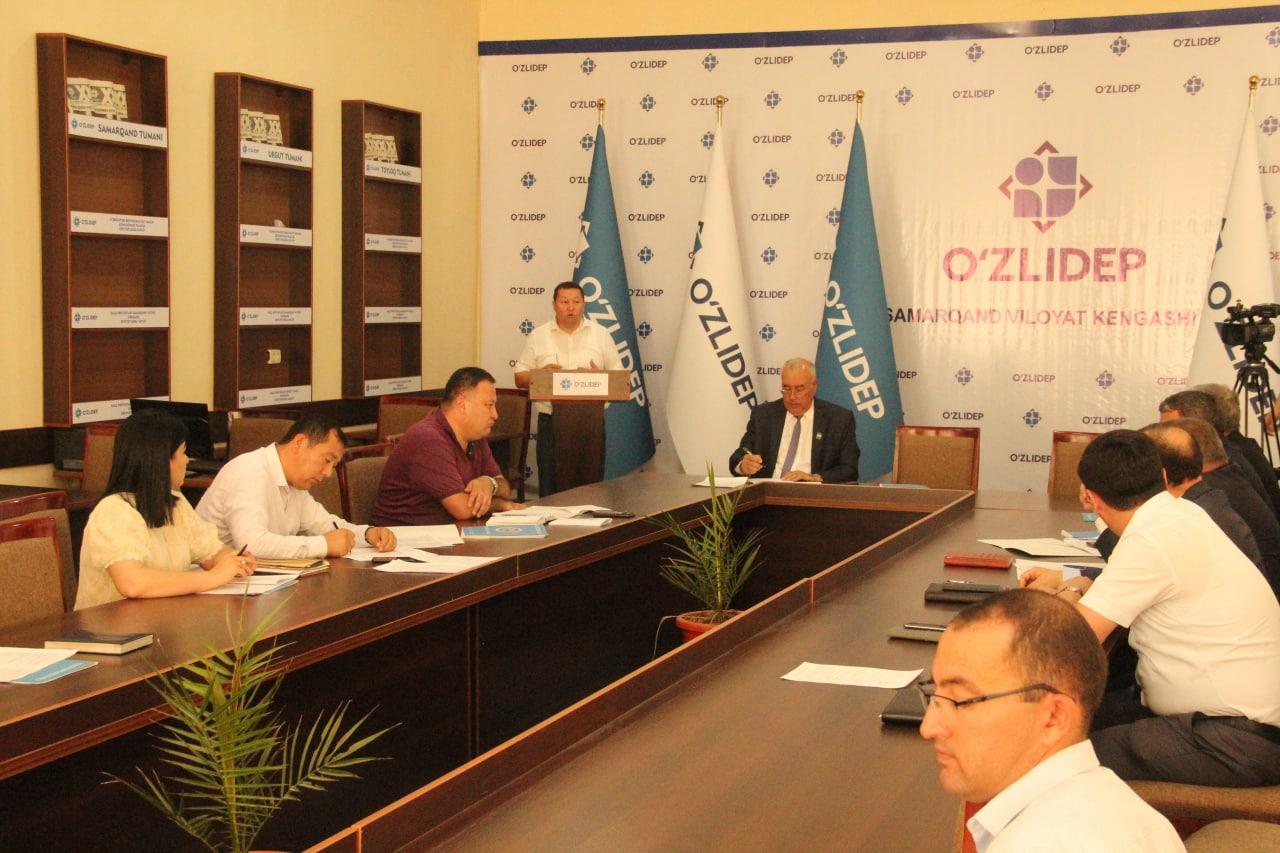 At the meeting of the deputy group of UzLiDeP in Samarkand Regional Council of People’s Deputies, the activities of the main regional department of the Central Bank, the regional branch for power supply of the region, and Samarkand territorial branch for gas supply were discussed.

Deputies listened to the report of the head of the main regional department of the Central Bank. According to the report, in accordance with the Presidential Resolution “On additional measures to develop family entrepreneurship and expand the sources of income of the population” of December 20, 2021, it is planned to allocate preferential loans for 900 billion UZS in 2022.

The next issue on the agenda was the hearing of the report of the Director General of JSC Samarkand Hududiy Elektr Tarmoqlari Korkhonasi, S. Shomurotov.

It was noted that based on the Presidential Resolution “On measures for the implementation of the “Obod Qishloq” (Prosperous Village) and “Obod Mahalla” (Prosperous Mahalla) Programs in 2022-2026” of March 18, 2022, the reconstruction and modernization of 76.5 km of low voltage power lines and 32 transformer points are envisaged. 48.9 km of power lines have been laid, 1 transformer point has been installed. Based on the developed plan, 1133 transformer points and 2801 km networks will be repaired by the end of the year.

On the third item on the agenda, the report of Ansor Muhammadiyev, Director of Hududgaz Samarqand gas supply branch, was heard.

Deputies expressed their opinions and proposals on all the issues, and noted some problems. Following the hearings, decisions were made on the issues considered.