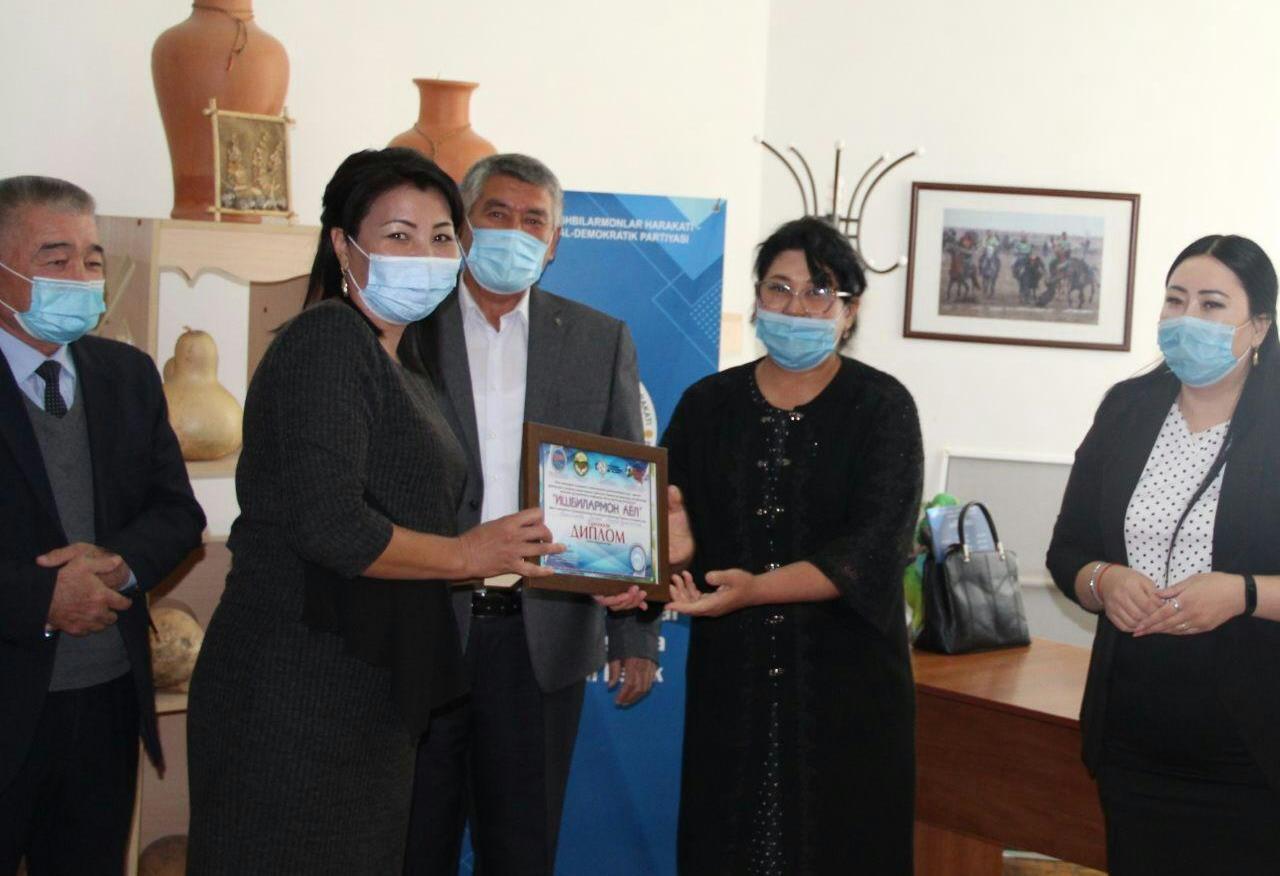 The products of women entrepreneurs presented at the competition were evaluated in five nominations.

Competent members of the jury objectively assessed the activities, level of knowledge, experience and other components of the entrepreneurial skills of each of the participants, identifying the most initiative, the most entrepreneurial.

“I took part in the competition from Shumanay district”, said the youngest participant of the competition, the head of Shomanay-Shemenay LLC, Shahribanu Yusupbayeva. “In 2016, I started my business, making culinary products. In 2019, I received a preferential loan in the amount of 25 million UZS and opened a workshop for sewing national and modern clothes. Provided work for 4 girls”.

To expand the activities this year, I took a preferential loan in the amount of 200 million UZS and opened an enterprise in the form of Shomanay-Shemenay LLC. Now 13 women are provided with permanent jobs at a specialized sewing enterprise and a beauty salon.

During the pandemic, we did not stop working. We work in compliance with all quarantine requirements. By the end of the year, we are planning to provide jobs for another 26 people from the local population, as well as to engage in vocational guidance for 65 women who are not employed and are included in “Iron Notebook”.

The participant of the competition from Chimbay Gulnur Akylbekova created a farm “Akylbekova Gulnur” and is currently engaged in the cultivation of licorice.

In order to expand activities, she has established the provision of public services in an empty building, acquiring it at zero cost. Now in this building there are shops, a canteen, as well as a number of services are provided to the population.

Thus, according to the results of the competition:

The 1st place – the head of the farm “Akylbekova Gulnar” of Chimbay district G. Akylbekova. She was awarded a ticket to participate in the republican stage of the competition.

All participants of the competition on behalf of the party were awarded diplomas and gifts.